First it is with deep sadness that we announce the passing of our county treasurer Dana Patten over the weekend. We circle her family, friends and staff in our prayers during this time as we all mourn her passing and celebrate her life. The following post was put out by the Wagoner County Clerk's office: 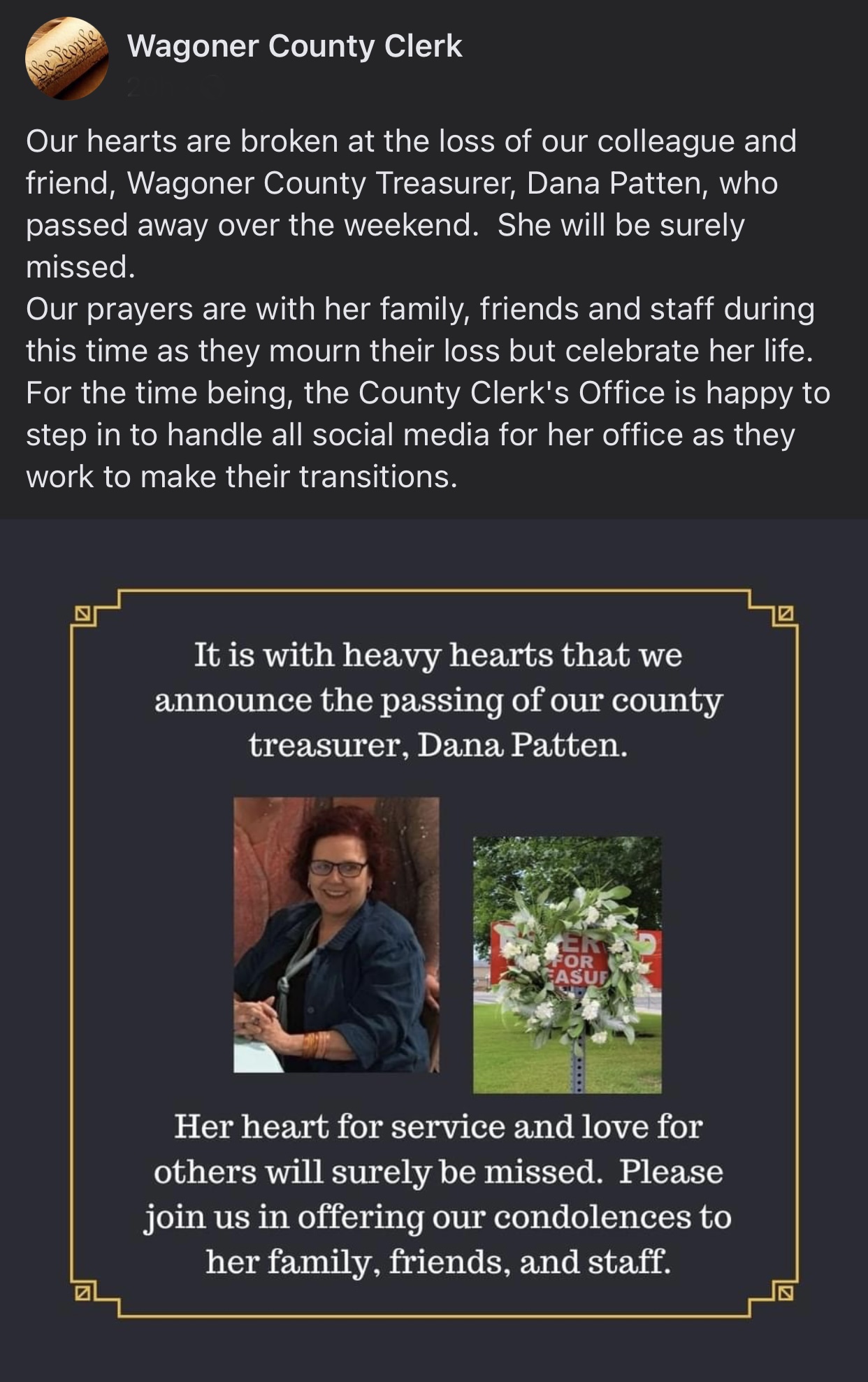 Source: Oklahoma state-wide voter list as of 7 June 2018 downloaded from the Oklahoma State Election Board.