Our County Convention will be held Saturday, February 8 at 10:00 am.  We will meet at the Coweta Church of God of Prophecy (123 West Sycamore Street, Coweta). Registration will begin at 9:00 am and close at 9:55 am.

If you were unable to attend your precinct meeting or did not contact your precinct chair or Party chair in order to become a participating/voting delegate, you may still attend the Convention as a guest member.

The 1st District Convention will be held Saturday, March 28 – details still to be determined.

The State Convention will be held Saturday, May 2 – details still to be determined.

Also, at the Convention, we will vote on changes to the following that have been presented at the precinct meetings:

Wagoner County Party Platform that were submitted by precincts.

The County Platform Committee met and has submitted an amendment to the County Platform. The amendment would replace the statement of principles on page 2 and 3 with the attached Wagoner County Republican Party Core Conservative Values. You can see the proposed change by clicking here. The current County Party Platform can be viewed at our web site wagonergop.com under the Party Information Tab or by clicking on this link here.

The proposed Convention Rules are posted at our web site wagonergop.com under the Party Information Tab or by clicking on this link here.

The County Rules committee met and had no changes that have been made at this time.

There is one State Rule changes for presentation to State that were submitted by the precincts. You can click on this link here to see it for your review.

As the son of a 22-year Air Force veteran, Kevin Hern gained an early appreciation for the sacrifices that military families make. In high school, Kevin earned an Architectural Drafting Certificate in a concurrent Vocational-Technical school, which he used to work and pay for his Mechanical Engineering degree. Later in life, he earned his MBA.

He went on to work as an Aerospace Engineer for Rockwell. Kevin started his first small business in 1985 specializing in computer and software applications. Then he started saving to purchase his first McDonald’s Restaurant, starting several small business ventures: writing computer programs to automate tasks for businesses, real estate, and even hog farming.

Kevin has worked across every aisle by serving in various leadership positions within the McDonald’s system - what is dubbed as the most grassroots business in the world. He served 13 years on the National Leadership Team that represented all of the 3,500+ U.S. Franchisees, serving for 8 years as the Ombudsman and 5 years as the chairman of the Systems Economic Team.  As the Chairman of the Economics Team, he was responsible for the multi-billion dollar relationship between the franchisees and McDonald’s Corporation for the over 14,000 franchisee owned restaurants across the United States.  He served on McDonald’s Tax Policy Team for 5 years and on the McDonald’s Insurance Corporation board for 8 years.

In addition, Kevin has part ownership in a manufacturing facility in Muskogee, real estate ventures, and three technology companies. He is co-founder of a community bank where he served for 17 years on the executive board. He uses his business acumen to help aspiring entrepreneurs create new businesses, so they can pursue their American Dream. He has been a small businessman and job creator for over 33 years.

Kevin Hern was sworn into Congress on November 13th, 2018 serving the remainder of NASA Administrator Jim Bridenstine’s term. Kevin and his wife Tammy live in Tulsa and have three children. They are members of the Church at Battle Creek.

The location for the County Convention is a different building than where we meet for our monthly meetings. 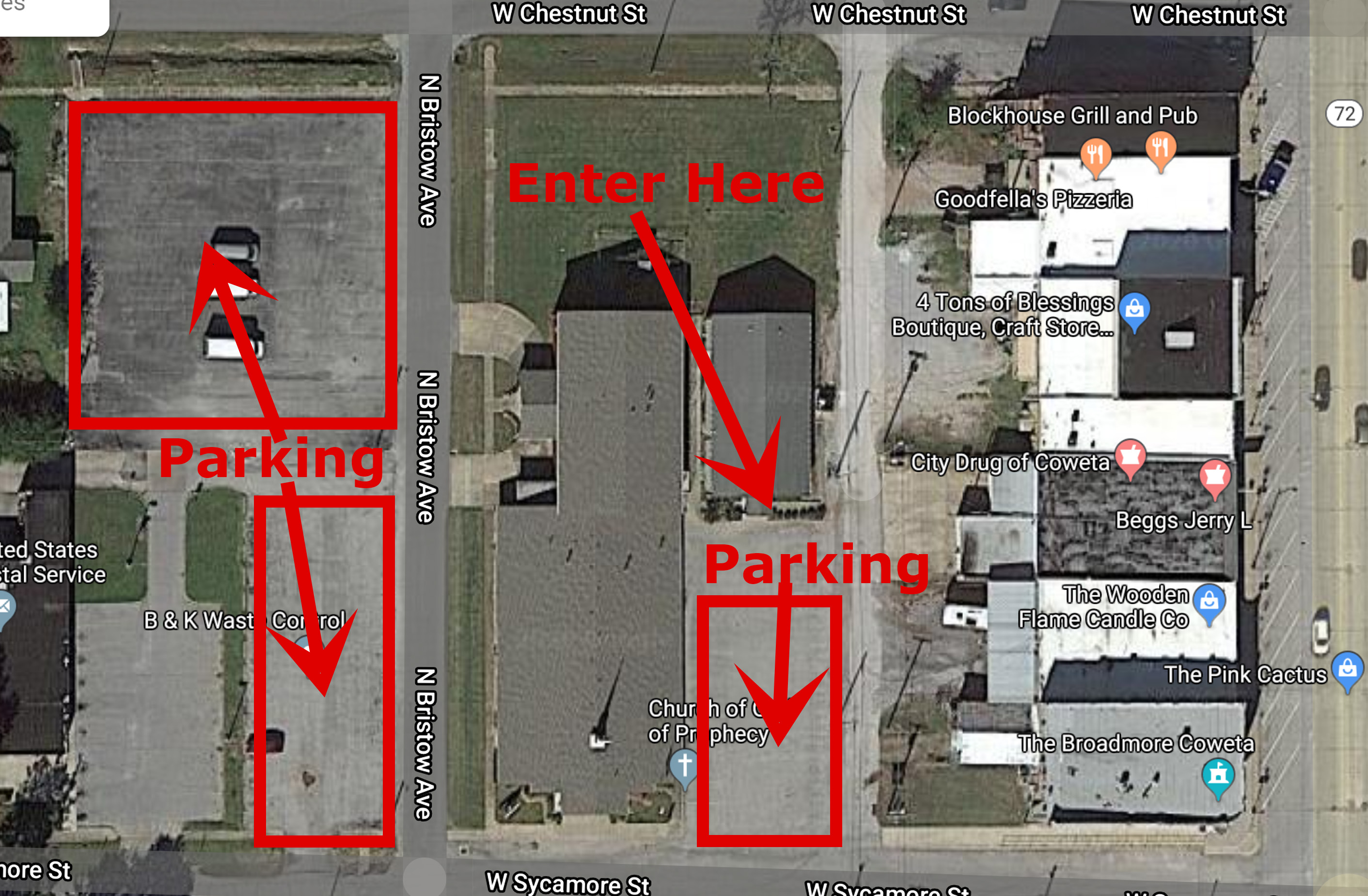